Why the Kobe Port has been flourishing?

The Kobe Port has been flourishing as a good harbor for 1300 years with the 3 reasons. 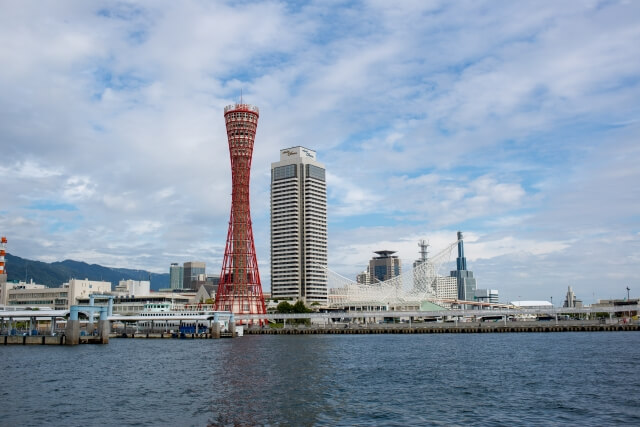 The roots of the Kobe Port is “Owada-no-Tomari”. It was located on the west side of the current Kobe Port. 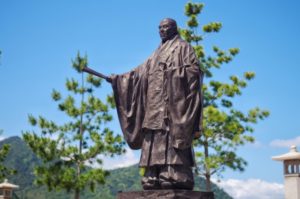 “Taira no Kiyomori” (Y1118-1181) was a military leader of the late Heian period of Japan. He established the first samurai-dominated administrative government in the history of Japan.

Then after that, the port greatly prospered as “Hyogotsu”.

Traces of Hyogotsu prosperity can be seen on the Saikoku Highroad.

The Shikoku Highroad connecting Kyoto and Kyushu area did not initially pass through Hyogotsu.

But later, then-government changed the road to passe through Hyogotsu so that travelers and supplies could go through the place because it was undergoing significant development.

The trace can be seen from the fact that the Saikoku Highroad built at the right angles of Hyogotsu. Usually, such main roads are made to run in straight lines and do not run at right angles.

The main reason is the location of Mt. Rokko.

And the main reason for the prosperity of Kobe and Hyogotsu is the location of Mt. Rokko.

Mt. Rokko is facing the sea from northeast to southwest, so the east-west traffic had to go through Kobe and Hyogotsu area. 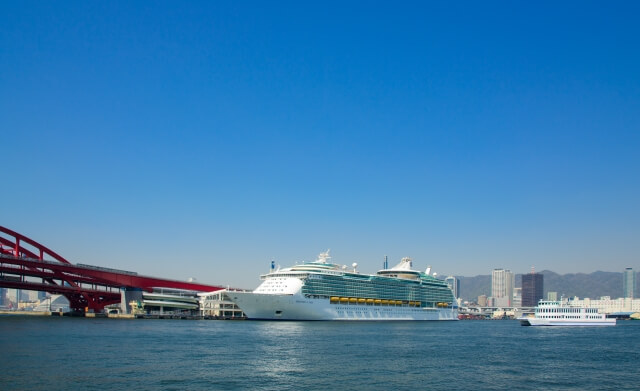 The water of Osaka Port is shallow due to the flow of water from Lake Biwa and sediment accumulated in the port.

Kobe port only receives water from Mt. Rokko, so the sediment did not accumulate, which is why the Kobe Port keeps the water depth.

One reason the Kobe Port prospered is that it has good quality water. It is said among sailors that “water passing through the Rokko Mountains does not go rot even the water goes through the equator.”

Water passing through the Rokko Mountains does not go rot since there are few organic substances (impurities) in the water. Mt. Rokko is so steep that organic matter does not get mixed with water.

The hardness of water from Mt. Rokko water is 30 and the hardness is considered to be the best for drinking water.

It is also artificially designed to prevent mud from entering the reservoir due to floods during the Meiji era, which is another reason for maintaining high-quality water.

[Kitano of Kobe] A town where you can feel the western culture in your daily life: Why is Kobe “Hai Kara” (stylish) town?

A mixture of western and oriental elements is called “Hai Kara” in Japanese. When we try to describe the word in English, it is similar to “stylish” or “chic” but not the same meaning. The etymology of “Hai Kara” is “high color”, which comes from high-collar clothing.

Kitano of Kobe is located on a winding hill from Sannomiya Station to the north direction. There is “Kitano Tenmangu Shrine” in the area. On the old map, next to the shrine was a pond. 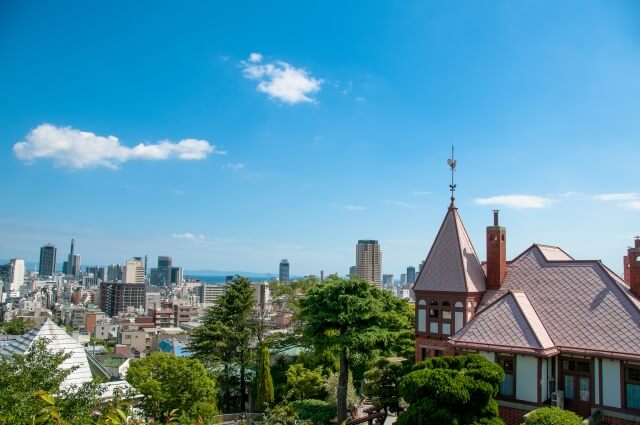 In the past, there was a pond in Kitano town, and the road to Kitano was a winding hill. Kitano was originally a farm village with the terraced field on the hill. And foreigners came into this village town and built houses such as weathercocks.

Kitano of Kobe had more mixed residential quarters than other locations.

Kitano of Kobe was one of the mixed residential quarters. It was an area where foreigners and the Japanese were able to live together.

According to a survey conducted from Meiji 21 to 24 (1888-1891), Yokohama City and Nagasaki City did not have mixed residential quarters. And Hakodate (76 locations) and Niigata (19 locations) had very few quarters compared to Kobe.

This is because the opening of Kobe harbor (in 1868) coincided with the chaotic times of the end of the Tokugawa period. Accordingly, the reservations areas were not able to be maintained and so that the numbers were not in order.

Due to delays in the development of the reservation areas, the Japanese government allowed having a large-scale “mixed residential quarter” in Kobe.

At the same time, the Japanese government separated the reservation areas according to natural landforms.

The natural landform is a vast area surrounded by Mt. Rokko and two rivers, and the vast area has been designated as the reservation area of the Kobe Harbor.

Besides, Hyogotsu, a large living area where Japanese live at the time, and Kobe, where foreigners live, were separated by the Minatogawa River.

The Minatogawa River was a ceiling river. A ceiling river is a river in which sediment carried by the river flow has accumulated inside the embankment, and the riverbed has risen above the surrounding ground. This high bank played a role in separating the lives of Japanese and foreigners in those days.

The ceiling river divided Japanese and foreigners were reclaimed and developed.

However, as the years went by, the exchange between Japanese and foreigners became more active, and this high bank separating Kobe and Hyogotsu became an obstacle.

In 1890, the ceiling river was reclaimed and shaved, creating a downtown area on the hill, and the main street was built so that people can freely pass through between Hyogo and Kobe. This area is called “Shinkaichi.”

After that, Kobe and Hyogo were integrated and the “high color” or stylish culture in the area has developed.

When a flour mill was established in Hyogo, the mill became the largest producer of flour in Japan.  Then such sweets as western confectionery and tile crackers were introduced from Kobe to nationwide.

The design of the Kobe City’s emblem is the combination of two semicircles, and these two semicircles represent the shape surrounding the ports of Kobe and Hyogo.