IMDb is a great APP.

We can download the IMDb app as a free app. In addition to information on overseas TV dramas and movies that are currently in fashion, it is packed with information on actors/actresses in a huge number of works and rating scores aired in the past.

The main display of IMDb is in Japanese so you can quickly search what you are looking for.  It is an app that makes Japanese users familiar with since the titles of TV dramas and movies are written in Roman letters.

The highest rating is 10 points. Movies & Dramas that have earned a rating of 9.0 or higher are the ones we want to see at once.  However, there are many others that are highly evaluated but not yet released in Japan.

The top three IMDb ranking movies at the moment. 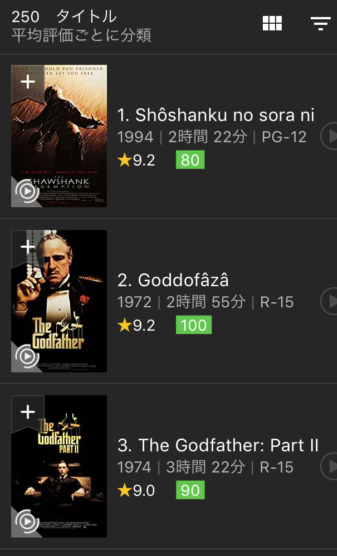 The 1st place “ Shawshank” is quite impressive. The scene of drinking beer on the roof of prison comes back into my mind. . .

The 2nd and 3rd place movies are both masterpieces that everyone knows! (By the way, Godfather Part III seems to be “not existing” for some people.

In the overseas drama “Billions”, the main character also said something like that.  Well, I also agree with them a bit…)

The top 3 TV dramas are mostly documentary films.   But the TV drama “Band of Brothers” rated 9.5 based on World War II Normandy, ranked 3rd, is currently on Amazon Prime.

You can watch it free if you are Amazon Prime Video members.

The number of works with a rating of 9.0 or higher is 4 movies and 28 TV dramas as of today.

The following are between 9.0 and 8.9 in the movie ranking. 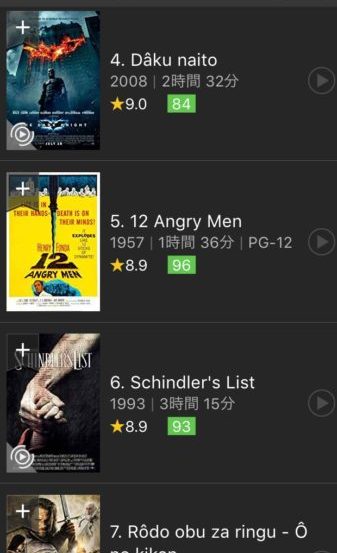 The following are between 9.0 and 8.9 in the TV drama ranking. 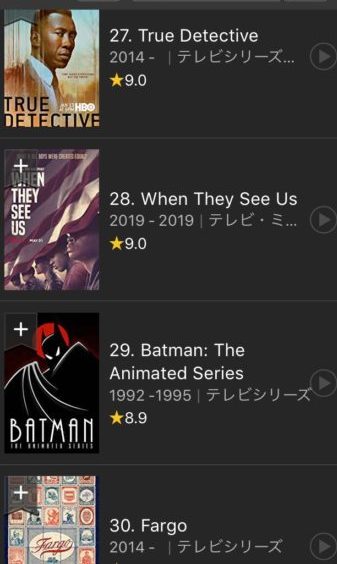 The 27th place “True Detective” and the 30th place “Fargo” that are displayed in the ranking photo above are especially recommended suspense dramas during this hot season.

Both works can be watched on Amazon Prime Video! “True Detective” and “Fargo” are independent stories for each season, so you can watch from any season.

However, “True Detective” season 3 (upper photo) is the latest season aired in the United States in January-February 2019 this year.  So it is not yet available in Prime Video and viewers to have to pay JPY 500/episode (rental). Today you can watch Season 1 & 2 on Prime Video for free.

For both “True detective” and “Fargo”, “Season 1” is especially recommended!

Over the past few years, I have been trying to select overseas TV dramas and movies that I want to watch with reference to the rating of IMDb.

Scores are important factors to select what to watch.

Overseas TV dramas tend to have higher scores than movies.  In the case of overseas dramas, there are many episodes consisting of 8 to 13 episodes in a single season recently.

But the rating is also displayed for each episode. BTW, the legendary overseas TV drama series “24” had 24 episodes per season (until season 8).

In my home, we watch based on:

Also, in the case of overseas TV dramas, documentary works with the theme of the environment and war, such as the current TOP 3, are highly evaluated.  And there are many unreleased works in Japan.

So other genres such as suspense, t is also interesting to find dramas & movies that can be easily enjoyed from the ranking. 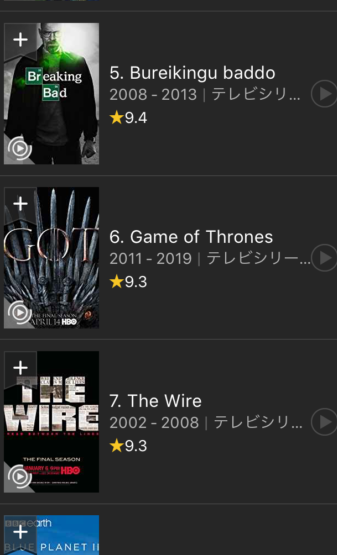 Once I’ve decided on a TV drama or movie candidate that I want to watch, check to see if it is available on Amazon Prime Video or Netflix.

Then if I have the title, I enjoy watching it whenever I want to see!!!